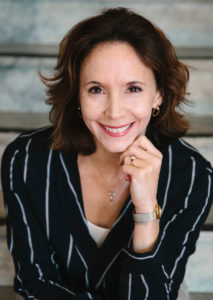 Now in her eighth season as music director of Symphony Tacoma, Sarah Ioannides has gained recognition as one of the most engaging and respected conductors of her generation. Formerly music director of the Spartanburg Philharmonic Orchestra (2005-2011) and El Paso Symphony 2005-2017), she was named by the Los Angeles Times as one of several female conductors cracking the “glass podium” and is included on Lebrecht’s Women Conductors: The Power List.” Under her leadership, both Spartanburg and Symphony Tacoma have received ArtWorks grants from the National Endowment for the Arts, awarded for creativity in collaborations, community and commissioning projects.

A zealous supporter of living composers, Ms. Ioannides has conducted over 40 World, North American and European premieres. She is the artistic director and conductor of Cascade Conducting, a weeklong masterclass in partnership with Symphony Tacoma and Pacific Lutheran University, and is on the faculty of Curtis Institute of Music’s Summerfest. Active as an arts advocate, she is sought after as an adjudicator, panelist, public speaker and educator and has served both as a delegate at the World Culture Summit in Abu Dhabi and an NEA panelist for the US government.

Beginning her performing career at an early age as violinist in the National Youth Orchestra of Great Britain and horn player in the Surrey County Youth Orchestra from the age of 11, she earned master’s degrees from Oxford University and Juilliard School of Music. Following her studies at the Guildhall School of Music, she came to the United States as a Fulbright Scholar attending the Curtis Institute of Music, eventually becoming the assistant and protégé of the late Otto-Werner Mueller and also training in St. Petersburg under the Presser Award. Ms. Ioannides is married to trombonist Scott Hartman and is mother to three children–Audrey and twins Elsa and Karl.