The “Voices” often travel internationally. Most recently, in 2019, members traveled to Carnegie Hall to sing with Director Geoffrey Boers in a performance of Lauridsen’s Lux Aeterna. They also toured in Lithuania, Latvia and Estonia, where they were one of a few international choirs invited to participate in the UNESCO Heritage event Laulupidu, the Estonian National Song Celebration. There, they joined a choir of 30,000 singers and sang for an audience of over 100,000!

During this past season, the Symphony Tacoma Voices faithfully maintained its rehearsal, and performance, schedule. In the summer of 2020 the Voices released their first virtual choir video, The Lord is My Light, written and arranged by member Evin Lambert. In December they presented A Messiah for Our Time, a virtual presentation that combined solos and choruses from previous Messiah performances augmented by pictures submitted by Symphony Tacoma and Voices members, as well as audience members. In the spring of 2021 Voices members were able to meet in small groups—masked and socially-distanced. In four weeks they were able to create a three-song set we called How Can We Keep from Singing?, which once again was broadcast virtually.

The word amateur means “lover” or “connoisseur.” This past season—and these productions—document the dedication, hard work and love that makes YOUR Symphony Tacoma Voices such a special group of amateurs. 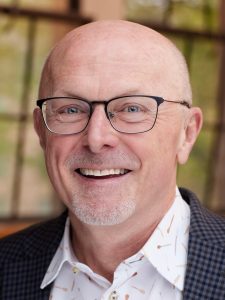 Dr. Geoffrey Boers has been conductor of the Symphony Tacoma Voices since 2002. He is also the Ruth Sutton Waters Endowed Professor of Music at the University of Washington in Seattle. There he leads the choral studies program which consists of three faculty, a cohort of fourteen in-residence graduate conductors and seven choirs. He conducts the UW Chamber Singers who have collaborated with local and nationally renown artists to present concerts of distinction.

Dr. Boers travels extensively for conducting and teaching engagements. He has written a ground-breaking literacy rubric which is being adopted by ACDA and NAfME, the national choral and music education organizations in the United States, as well as in Canada, where it will be appearing in a newly written French edition. 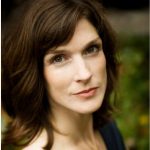 Amy Boers is well known for her work as a pianist, accompanist, singer and conductor, giving her keen insights as a collaborative artist. She was named Principal Pianist for Symphony Tacoma in 2018 and has been a collaborative artist with the Symphony Tacoma Voices for many years. She also works with Pacific Lutheran University where she coaches and performs with both vocalists and instrumentalists.