“I selected Symphony No. 3 “Eroica” (February), The Creatures of Prometheus (March), and “Choral Fantasy” (March) because these works collectively demonstrate the breadth of talent that is Beethoven,” says Music Director Sarah Ioannides. “I think our audience will really enjoy the diversity of the pieces.”

Works by contemporary composers—including one world premiere and two U.S. premieres—will complement the classics to amplify the theme of each concert. “We programmed this season to be an exciting representation of today’s classical music genre,” says Ioannides. “There is so much new and diverse material to draw from—compositions by women, works accompanied by multimedia and works that feature artists who play non-traditional orchestral instruments. We have incorporated a touch of each of these into our season.”

Guest artists who are masters of instruments ranging from violin and piano to electric guitar will join the orchestra throughout the season, from the Tacoma Youth Chorus and Tacoma School of the Arts, to masters with world-renowned acclaim.

Also this season, Symphony Tacoma welcomes David Serkin Ludwig  as the inaugural artist in the new Composer in Residence program. The grandson of pianist Rudolf Serkin and nephew of pianist Peter Serkin, Ludwig serves as chair of the composition faculty at the Curtis Institute of Music. He is a recipient of the prestigious Pew Center for Arts and Heritage Fellowship in the Arts and was named as one of the “Top 100 Composers Under Forty” in 2012.

Ludwig will bring three pieces to the season, including Bleeding Pines, a new work commissioned for Symphony Tacoma, which will debut in March. Ludwig’s wife Bella Hristova will perform his Violin Concerto in April, and Fanfare for Sam, a work dedicated to composer Samuel Barber, will open the November concert. “We are excited to introduce our Composer in Residence program this year with David as the inaugural artist,” says Ioannides. “Sometimes when you hear just one piece of music you don’t get a full picture of the composer. David is an incredible talent and I really believe in him as a composer.”

Season tickets are on sale through the Tacoma Arts Live Box Office. Packages range from four to eight concerts at up to 25% off single ticket prices. Single concert tickets will go on sale on August 1. Prices range from $24 to $85. To subscribe, call 253-591-5894 or visit symphonytacoma.org.

The 2019-2020 season is generously sponsored by MultiCare. 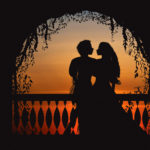 This original production synthesizes Prokofiev’s heart-wrenching ballet score with the most epic love story of all time. Actors from Tacoma’s School of the Arts will enact excerpts from Shakespeare’s Romeo and Juliet throughout this dramatic performance. 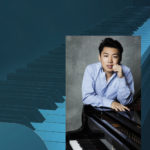 Praised by the Washington Post for combining “staggering technical prowess, a sense of command and depth of expression,” pianist George Li will take on one of the most technically-challenging piano concertos in the standard classical repertoire in Rachmaninoff’s Piano Concerto No. 3. The program begins with Fanfare for Sam, a tribute to composer Samuel Barber written by Composer in Residence David Ludwig, and Brahms’ poetic Symphony No. 3. Maestra Sarah Ioannides first collaborated with Li on stage with the Simon Bolivar Orchestra when he was just 12 years old. 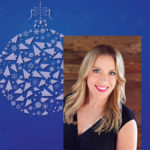 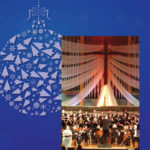 Perhaps the world’s most well-known and beloved choral work, George Frederick Handel’s Messiah has transcended its time and place to become a “work of the people” shared by audiences and musicians around the world. This holiday classic oratorio is performed by the talented orchestra and vocalists of Symphony Tacoma Voices. 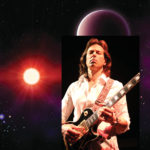 On Hearing the First Cuckoo in Spring is a delightful expression of the beauty of nature. Maestra Sarah Ioannides conducted Simon Petersson’s Spheres in Sweden in 2018 and is excited to bring it to Tacoma. Seattle native Michael Nicolella will perform Israeli composer Yaron Gottfried’s Electric Guitar Concerto, a beautiful classical piece featuring a non-traditional orchestral instrument. The heroic Symphony No. 3 “Eroica” is one of Beethoven’s most celebrated works and is widely considered an important landmark in the transition between the Classical period and the Romantic era. 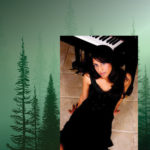 Creatures of Prometheus is Beethoven’s only full-length ballet and shows his lighter side. Mozart’s longest and final symphony “Jupiter” was said to be an inspiration to Beethoven with its five simultaneous melodies. Beethoven’s “Choral Fantasy” is considered a forerunner to his Ninth Symphony and includes piano and vocal solos as well as chorus. Inspired by “Choral Fantasy,” Composer in Residence David Ludwig draws on its themes in his world-premiere composition, Bleeding Pines which provides a commentary on today’s environmental crisis. 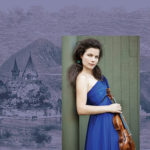 The works that make up this concert share influences from Bohemia. Smetana’s “The Moldau” is one of seven symphonic poems that pay tribute to the famous Eastern European river. David Ludwig wrote his Violin Concerto for his wife, Bulgarian native and violinist Bella Hristov, who is the featured artist. Mahler’s “Titan” integrates Austro-German folk melodies into this epic symphony. 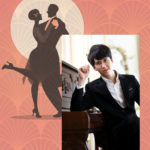 On the centennial of the Roaring Twenties, Symphony Tacoma celebrates the French and American musical influences of the decade. Ravel’s La Valse is a tribute to the Viennese waltz. The Boulanger sisters, both talented composers, left us few—yet notable— works. After Lili’s death at an early age, Nadia stopped composing but her influence continued through her teaching of many important composers of the last century. Gershwin’s iconic Rhapsody in Blue and An American in Paris evoke imagery of the jazz, dance and art that define the era. Tacoma favorite Charlie Albright returns for a third performance with Symphony Tacoma. 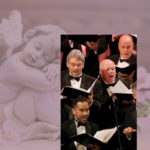