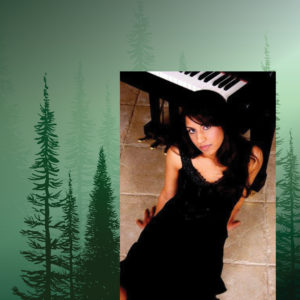 Symphony Tacoma continues its celebration of Beethoven’s 250th birthday with Ludwig AND Beethoven on March 21, 2020 in the Pantages Theater. This performance includes another of Beethoven’s most prominent works, a symphony by Mozart said to have inspired him, and a brand new composition that pays tribute to this great composer.

The concert opens with Mozart’s longest and final symphony, No. 41 “Jupiter,” which is notable not only for its power and beauty, but also for its musical innovations and techniques that had previously been shunned. Beethoven was said to have been inspired by its five simultaneous melodies, or polyphony. Polyphony was standard practice in the time of Bach, but was considered old-school and tedious after his death. But Mozart was fascinated by the form and utilized it in his final symphony, resulting in a work that is elegant, intricate and effortless.

Next up is the world premiere of Composer in Residence David Ludwig’s The Bleeding Pines. Inspired by Beethoven’s “Choral Fantasy,” it is based on a play by poet Ray Owen that tells the story of North Carolina’s endangered Round Top Long Leaf Pine forest and one woman’s efforts to save that ancient tract of land from oblivion.

“That forest around Southern Pines is a mystical, spiritual place—a place where one feels the passing millennia in a single visit walking through woods and where the smell of the pines sits still in the air,” says Ludwig. “The tract of forest survives today because of the passionate work of Helen Boyd Dull and the continued efforts of conservationists who appreciate the timeless beauty of the trees.

“Owen and I have collaborated on multiple song cycles using his poetry, but this new oratorio is an opportunity to paint his story on the great canvas of the orchestra and chorus. That the premiere of this new work is taking place in Tacoma in the Pacific Northwest is meaningful, given how important the environment and the green life of trees is to people who live here.”

The concert finale is Beethoven’s Fantasy for Piano, Chorus and Orchestra “Choral Fantasy,” considered a forerunner to his epic Ninth Symphony with its piano and vocal solos as well as chorus. It begins with a lengthy solo piano passage, performed by guest soloist Pallavi Mahidhara, with the orchestra joining in to create a concerto-like effect. The chorus enters for the grand finale, which was Beethoven’s intention to conclude the work with a thrilling and accessible ending. Its message is a fitting choice for a composer who once said that “only art and science can raise men to the level of gods.”