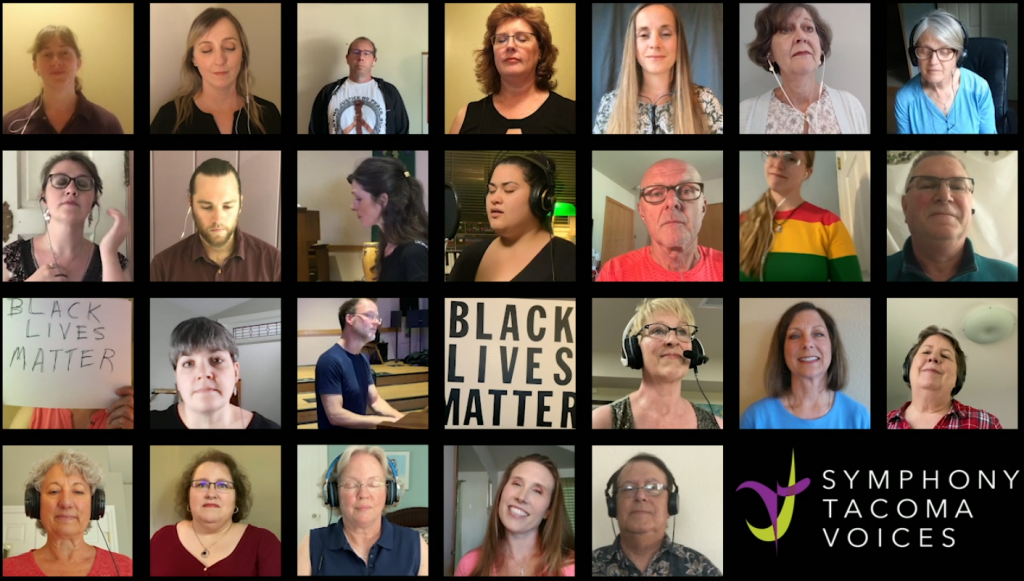 In support of the League of American Orchestras’ Statement on Racial Injustice and the Black Lives Matter movement, Symphony Tacoma Voices has created a virtual choir production of Evin Lambert’s The Lord is My Light. The piece is based on Psalm 27 and offers images of hope, strength and endurance. It can be viewed on both Symphony Tacoma’s YouTube channel and Facebook page.

“Shortly after the George Floyd murder, numerous choir members were moved to make a musical action statement,” says Geoffrey Boers, director of Symphony Tacoma Voices. “The Lord is My Light was the ideal message we wanted to share.”

Lambert, a prominent musician and music educator in the South Puget Sound region and a longstanding member of Symphony Tacoma Voices, composed The Lord is My Light in 2018. It was originally performed by Symphony Tacoma Voices at a concert featuring gospel music in February 2019. It was a favorite with choir members, and they performed it later in the year on a tour of Europe.

On June 17, Boers sent a request to choir members to submit a cell phone recording of their parts. The group rehearsed together virtually and ultimately 26 singers submitted videos. Julie Keeter, a student and friend of Lambert’s, performed as soloist, and Lambert, Kyle Laird and Amy Boers contributed additional background and improvisational vocals. The final production was compiled and edited by Timothy Edward Little.

“We are grateful to Evin and Geoffrey for spearheading this project, and also to the members of Symphony Tacoma Voices and other artists who participated,” comments Karina Bharne, executive director of Symphony Tacoma. “We hope it will inspire and bring some joy to everyone who is experiencing sadness, uncertainty or loss during this difficult time in our nation’s history.”